Since the TOREX founding, the activity of the company has been historically closely associated with the largest metallurgical enterprises of Russia such as Mikhailovsky and Lebedinsky GOKs (Ore Dressing Combines), OEMK and OKHMK (Uralskaya Stal (Ural Steel) now).

Further, in the late 90 's-early 2000 's first major projects pertinent to the retrofitting of the operating plants have been implemented with TOREX assistance. The outcomes of these projects have shown high efficiency of TOREX approach in tackling new process challenges.

When LebGOK (Lebedinsky Iron Ore Combine) was looking to provide the first HBI module with pellets in the required amount and of the exact chemical composition, TOREX has developed the optimum pellet feed composition and conditions for their heat treatment. TOREX involvement allowed starting up and surpassing of design performance values of the first in Europe HYL-III HBI module. At the end of this project, the team of experts from LGOK, TOREX and IMeT UrO RAN (Research Institute for Metallurgy of the Ural Branch of Academy of Sciences) was awarded with the Russian Federation Government Prize.

TOREX stage-by-stage retrofitting of the pellet plant at MGOK has substantially increased technical and economic performance indices of pellet production. It should be noted that retrofitting project has been planned in such a way as to prevent the drop in production rate (yield). For the first time, TOREX undertook the responsibility to design the whole process chain in 2008 as a part of the pellet plant No3 greenfield project for OAO “MGOK” (Mikhailovsky Ore Combine, OJSC). TOREX has performed calculations and selected equipment for all process stages, including thickening and slurry filtering, grinding of unconditional fractions and pellet handling. On top of that, TOREX has elaborated the process procedures, technical specifications for the core process equipment, process control algorithms and performed a detailed refractory lining and heat insulation design. TOREX employees are involved at all stages of this project, including the installation of equipment, cold and hot commissioning.

At OEMK plant during 2004-2007 TOREX has completed two phases of organizational, technical and low-cost activities to increase the production rate and reduce power consumption on oxidized pellet production.

At Uralskaya Stal (Ural Steel) starting in 2010 TOREX has been performing an engineering study of the sinter plant, provided technical assistance during capital repairs and is now actively involved in the implementation of the package plan for improving the efficiency of sintering and blast furnace production.

Currently, all four mentioned ore combines are parts of METALLOINVEST holding company, which has leading positions in the production of the ore concentrate, pellets and DR-products. Strategy of METALLOINVEST - one of the Europe's largest companies is, in particular, to improve the production efficiency and the development of markets for commodity products. Such strategy normally relies on the scientific and technical innovations. "We have references of designing the sintering process for both single-component burden and for multi-component complex burdens and dosing the alloying constituents during sinter production. Our scope entails activities for the complete sinter production cycle, implementing innovative solutions: feed storage and averaging, handling and feeding of blend/burden components, proportioning/mixing, balling, feeding to sintering machine, ignition, thermal treatment, cooling, crushing, screening and product handling". LETTER OF REFERENCE FROM IRANIAN CLIENT 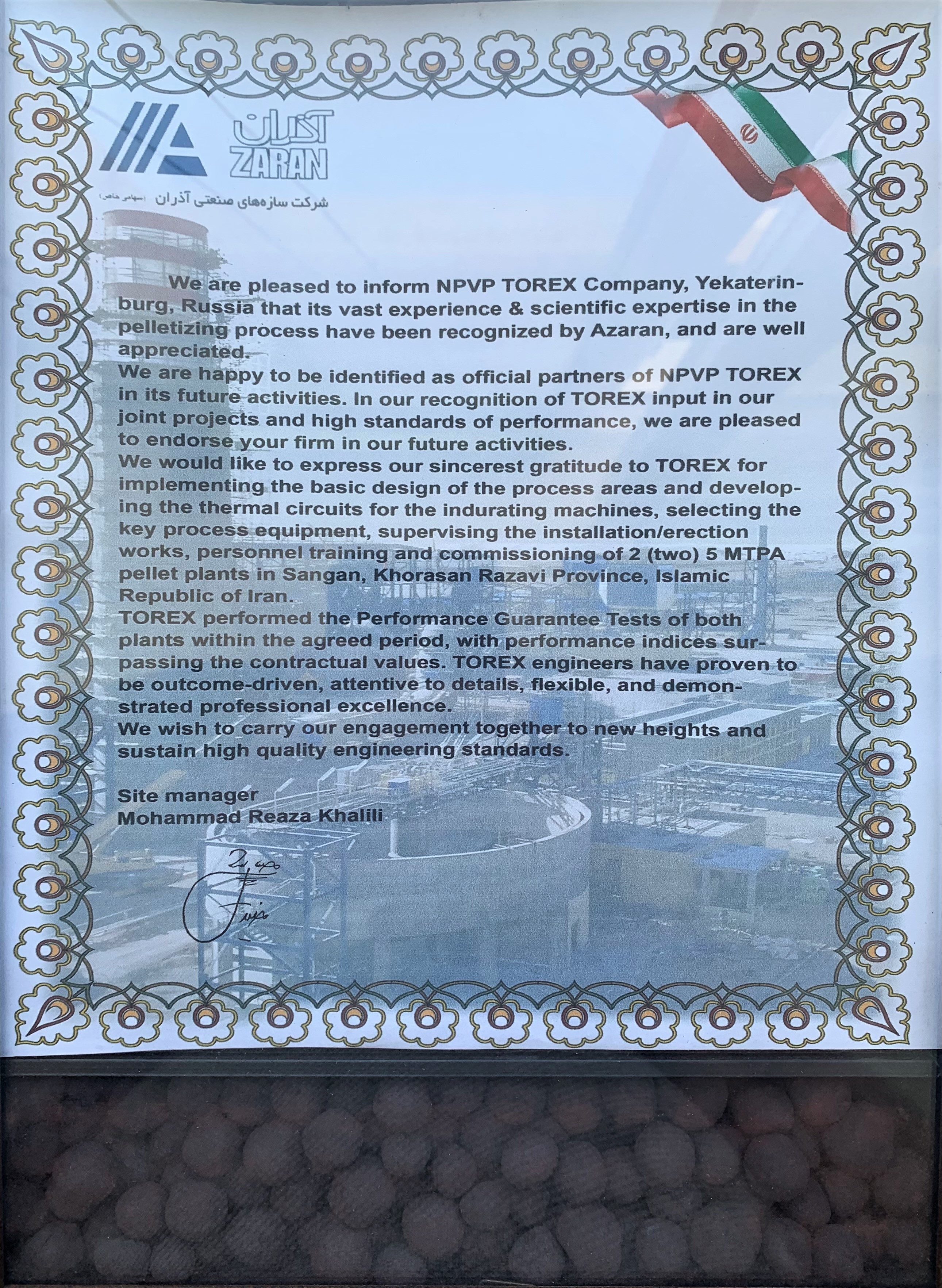 PATENTING OF THE KEY CUTTING-EDGE DEVELOPMENTS